After seeing so many screencaps of the amazing colors within, I caved and watched Good Time, a 2017 crime-thriller movie.

The movie focuses on the misadventures of the main character, Connie Nikas, played by Robert Pattinson, and his developmentally-delayed brother. In the first act, he take his handicapped brother with him on a bank robbery that ends up going wrong, and for the rest of the movie is trying to find a way to get enough money to bail him out or otherwise free his brother.

He doesn't have a very Good Time.

The movie has a wonderful use of lighting and color that really makes shots pop, and the movie contains copious amounts of close-up shots.

The film has an odd look to it that tripped out my TV's motion interpolation feature, which I had to turn off. Might be from the movie having been shot on actual film. 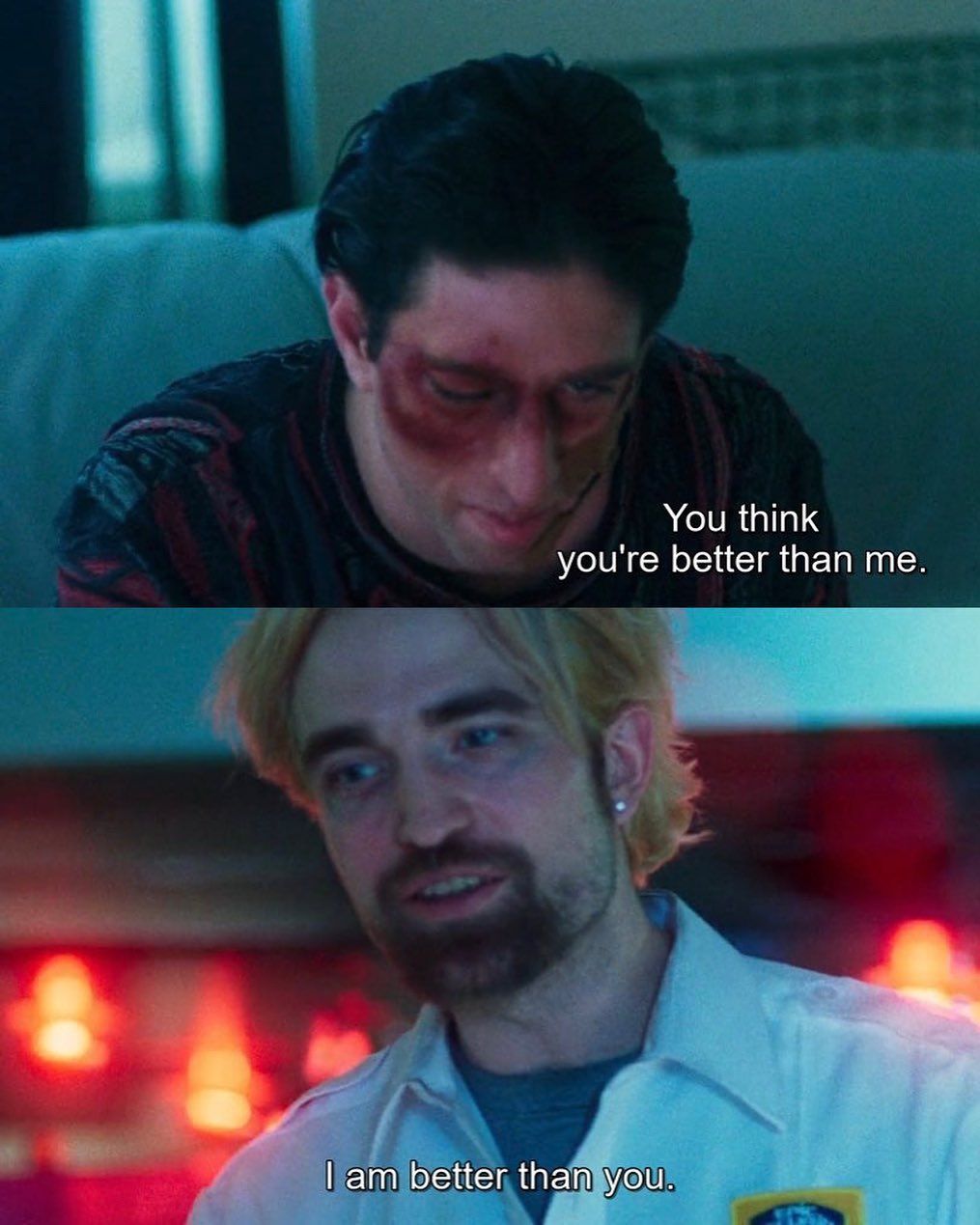 The acting is really well done throughout, I can't think of any scenes where it was over the top or bad, and one scene in particular stands out as excellently done:

Connie and a side character are in an amusement park being chased by a security guard, and they have a bottle full of liquid LSD they're trying to escape with. They lure the security guard into a ride, knock him out, and pour a third of the bottle down his throat and over his face.

In a subsequent scene, the guard awakens and is terrified, can't speak any words at all or meaningfully communicate with the paramedics helping him. He kicks and shouts and they have to fully restrain him, and he clearly won't be telling anybody that Connie stole his clothes to assume his identity temporarily.