Teardown recently came out of early access, so it seems like a good time to write a review 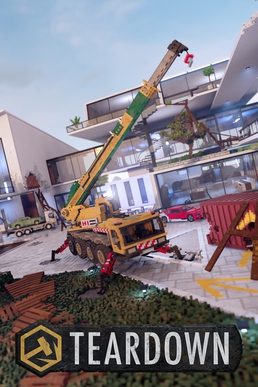 Teardown is a semi-sandbox first-person shooter game where you have to complete a variety of tasks in missions with sets of limitations. Most props within a level are destructable, though some may require the use of guns or explosives to break, and you acquire more weapons the more mission "points" you get.

The "hub world" is a building used as your character's home and their company HQ, Lockelle Teardown Services. You get missions via simulated email on the computer within this building, and you can also view the map where missions can be re-played, as well as the tools screen where you can upgrade most of your tools for money, on this computer. 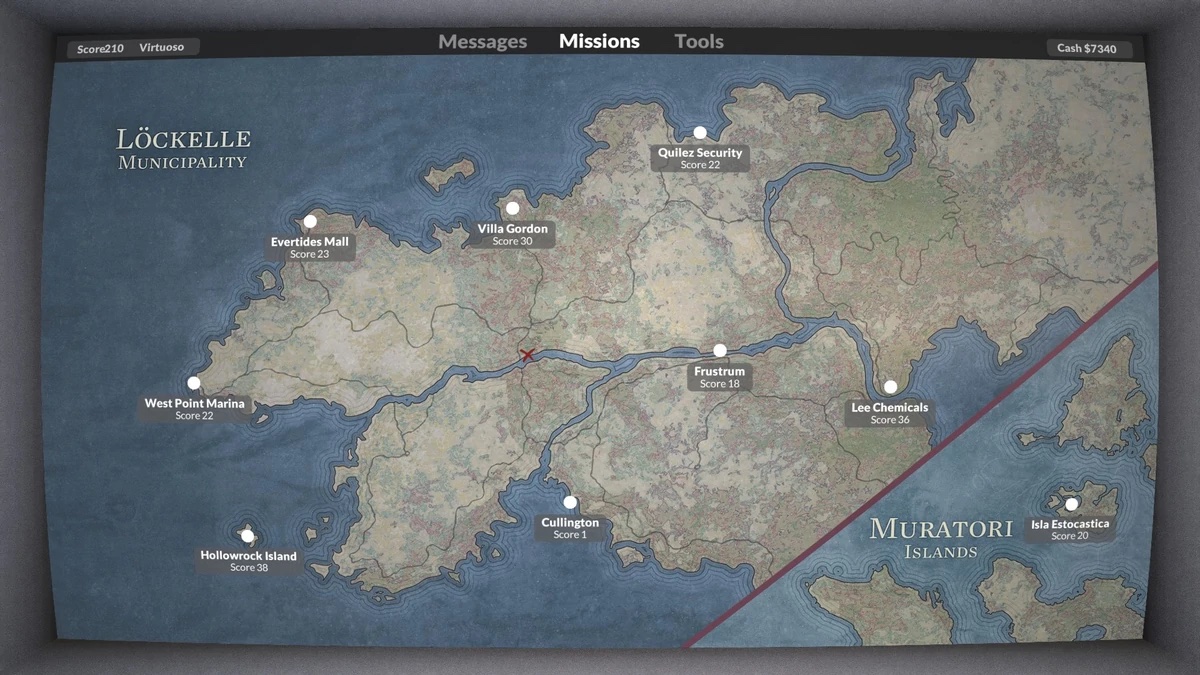 The entire game is ray-traced and voxel-based. No, not RTX, actually fully raytraced. The creator of the game has a blog that goes into detail on various techniques and design choices.

So far as I can tell, the game raytraces at 50% the current resolution, then upscales with an edge detection algorithm to make the edges sharp. Various details like reflections, soft shadows, and dynamic lighting are just inherent properties of the rendering engine.

Since raytracing is so heavily associated with RTX, where it only adds onto a polygonal world, this has the downside of people constantly asking for it to be toggleable off, not realizing that it is the entire reason you can see anything.

It also limits the hardware it can be played on- the game doesn't require (nor does it utilize) RTX hardware, but it does require a decent processor and a mid-tier or better graphics card for a good experience at 1080p. My old 1660ti would chug sometimes, especially when more than one explosion was occurring or there was snow on the screen (or both). My 3060 handles the game significantly better.

The missions that are more creative, like the evertides food court mission or the Woonderland destruction mission, are significantly more fun than the standard timed-heist missions.

My favorite missions, in no particular order, were:

New with the 1.0 release (technically not new if you used the experimental branch) are extra particles that appear when you hit things or blow things up. They're a nice touch and really make destruction just a tiny bit more satisfying. The sound design is excellent too.

The graphics look great, despite the blocky aesthetic, and the destruction is intuitive and fun. Consistency in art style, as well as fluency of the destruction, really create a cohesive and impressive experience.

There's a lot of missions that are just frustrating due to time limitations or just fragility of the targets. Most of the mansion missions come to mind, as there are many slopes that you would think you could just drive a car up, but because of how the world is created you just get stuck on everything. The vehicles also don't handle well at high speeds, and when they get caught on anything they come to a complete stop.

Throwing physics, especially on pipe bombs, is wildly imperfect and is hard to throw with any accuracy, especially through a hole in the wall or past obstacles. The bombs have a tendency to get caught and blow up in your face, and their blast radius is tiny, so they don't cause much damage.

It's an excellent game, definitely worth the price tag. I played through part 1 (and part of part 2) twice, since I lost my save game between December and earlier this month, and I still greatly enjoyed playing through almost all of the levels. The last mission of part 2 is alright, but a little too easy once you figure out the gimmick.

This blog post was not sponsored, but I'm still gonna pitch a Steam widget here. Check it out! $20USD at the time of writing.