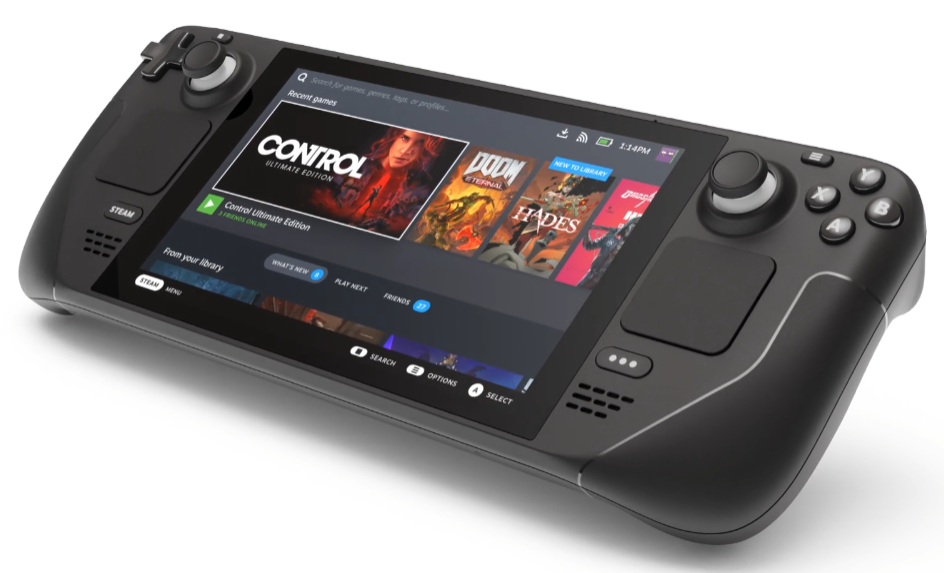 For those not in-the-know, the Steam Deck is a handheld PC designed and (soon) sold by Valve/Steam. More info here.

On paper, the hardware itself is cool but not anything too exotic - we already have handheld PCs that can run Windows, and they have pretty decent specs usually.

That last point is huge, with most competitors being twice the price of the Steam Deck's most expensive option and not even getting close with battery life figures.

All that said, I reserved a preorder and fully intend to get that puppy the second I can. 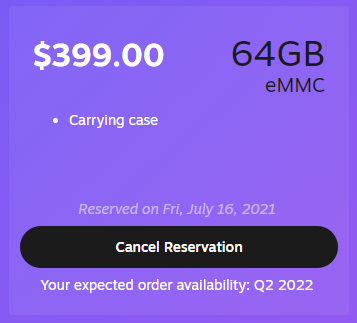 Something I'm particularly excited for is the ability to toss emulators on the device and play all the retro games I know and love. I own a large amount of devices that can do it, but things like buggy bluetooth drivers, limited hardware, limited controller options, and awful emulator support (all depending on which device you're asking about) make it sub-optimal.

Meanwhile the Steam Deck is a powerful Linux-based platform that has a built-in decent-quality controller. The underlying platform is already well-established for emulator use, Steam Input is very reliable, and the power available from the SoC should be more than enough for most (if not all) 2d emulation, and I'm thinking it'll probably be able to handle PS1, N64, Dreamcast, and possibly even GameCube and PS2.

One innovation that Valve has built into Steam is the ability to stream games from your PC to any other device that you're logged into with just one click once you've authorized it.

It works super well, with very little latency typically. This means that, for quite a bit of the more demanding games I'd be playing, I could just install them on my daily driver rig and get the power of an RTX 2060 with barely any change in playing experience.

At this rate, it'll never show up due to manufacturing delays and chip shortages.

But at least mine will never show up earlier than others.